Worried about keeping all those texts, tweets, and emails on your cell phone or laptop private?

Even though we live in a world of electronic communication, our privacy is still governed by outdated pen-and-paper privacy protections. But that may be starting to change, thanks to young leaders like Daniel Zolnikov. Zolnikov is a 28-year-old state legislator from Montana who recently proposed two of the biggest digital privacy bills in the state’s history. HB 445 requires that law enforcement agencies obtain warrants before accessing information stored on electronic communication devices like computers, smartphones, or tablets. HB 444 stipulates police and governmental agencies similarly must obtain a search warrant to access citizen’s information stored by email services, social networks, or other third-party electronic communications providers. The bill also requires that the consumer be notified when such a warrant is issued.

“Make no mistake: emails and texts are today's 'papers and effects.' Our electronic communications contain vast amounts of sensitive and personal data, and that information deserves the same level of protection as the documents locked in our houses,” Zolnikov said. “House Bills 444 and 445 would simply ensure that our long-held privacy and due process rights are carried over to new technologies.” 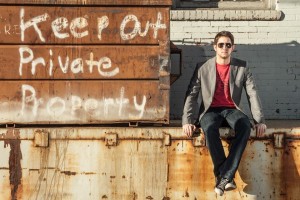 These two bills are part of a growing wave of privacy protection legislation being introduced by young elected officials who recognize the need for new laws that don’t ignore technology, but fully engage with it. But proactive technology policy-making isn’t just about privacy, it’s also about understanding shifting economies, and ensuring public institutions don’t just keep up with technology that shapes that, but stays on the cutting-edge.

Across the country, as demand for transportation outgrew supply, ride sharing apps like Uber and Lyft have started to become the go-to for many commuters. But these apps landed in headlines and hot water for creating a veritable army of unlicensed taxi and limo drivers. Protectionism demanded that they be stopped but a more progressive and proactive policy view encouraged these disruptive technologies as a new and smart ways of getting around and generating economic growth. In Colorado 35 year-old State Representative Dan Pabon recognized this opportunity and introduced legislation to regulate drivers using these ridesharing apps, making Colorado the first state in the nation to do so.

“Passing legislation around ride-sharing was an important step keeping Colorado on the cutting edge of technology and innovation. At the same time, we have to be cognizant of privacy concerns and make sure people are protected. That is the balance we consistently try to strike to make good public policy,” Rep. Pabon said.

Zolnikov, Pabon and other millennial leaders are leading the charge to bring the government to the cutting-edge when it comes to technology. And they’re not doing so from Washington, but rather from their own local and state governments, where the changes are often the most needed, impactful and actually doable.

As Alex Torpey, Rethink Leadership’s founder notes, it wasn’t a huge lift to move the ball forward at the local level as mayor in South Orange, New Jersey. “The state laws that regulate much of our online activity as public officials were, amazingly, written before the internet existed. So even simple changes, like informing members of the public with an email disclaimer automatically appended to all emails from a town official stating that the communication is actually a public document, which very few people know, can go a long way in not just protecting people’s privacy, but helping restore their trust in government.’ He added, “There’s a lot of catch-up we need to play. We have an ordinance being considered in South Orange that would codify these privacy protections, in addition to a number of other important open data and transparency requirements that can hopefully serve as a model for the rest of the state.”

It’s clear we need leaders who not only understand technology, and how it can make government more efficient, but who understand why it's so important for public institutions not to continue to fall so far behind when it comes to technology. We applaud the efforts by many leaders around the country for making proactive policy-making a priority, and expect much of this work will come from young and innovative leaders with a vision of the future, not a focus on the past, and largely spearheaded at the local and state level.

Signup to keep updated on what these young leaders across the country are doing.