From Slate: How Old Were the Leaders of the American Revolution on July 4, 1776?

Slate published an article, which we circulated to our email list last year, but wanted to bump on President's Day. Did you know that there were signers of the Declaration of Independence who were in their 20s and a dozen of them were under 35? Of course, comparing ages from the 1700's to 2000's is not apples to apples. But it forces us to think about the stereotypes that exist around young people in government. Check it out below: 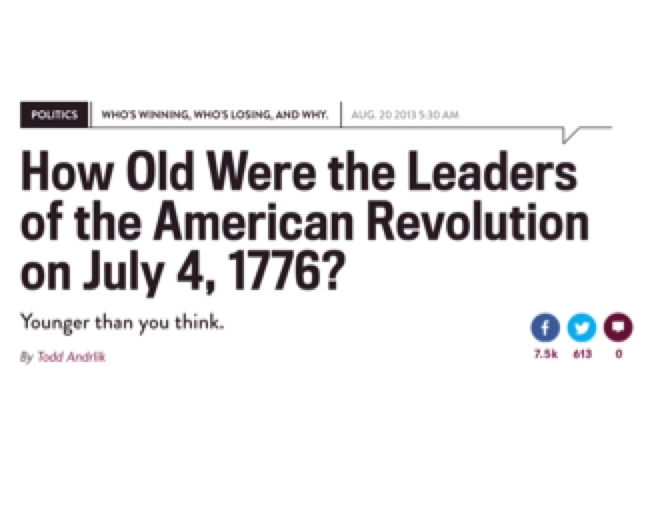